OUR TIME THROUGH THE SEVEN HEAVENLY PALACES

A workshop by Fondazione ISMU – Initiatives and Studies on Multiethnicity, hosted by Pirelli HangarBicocca, Milan, 2019

– I turn this way.
– Shoulder to shoulder?
– Yes, shoulder to shoulder. He goes toward his world, I see mine.
– And how is your world?
– A bit like his. Chaos. So this river embodies the hurdle he has to face, the obstacle he has to overcome. There’s a rainbow connecting one side to the other. It’s so beautiful, this rainbow, but I took a long hard look: it won’t get you anywhere.

This is part of the conversation which took place between Maria Grazia Panigada and Li Chenxi, one of the workshop’s young participants, in front of Anselm Kiefer’s painting Die deutsche Heilslinie (2012-2013). 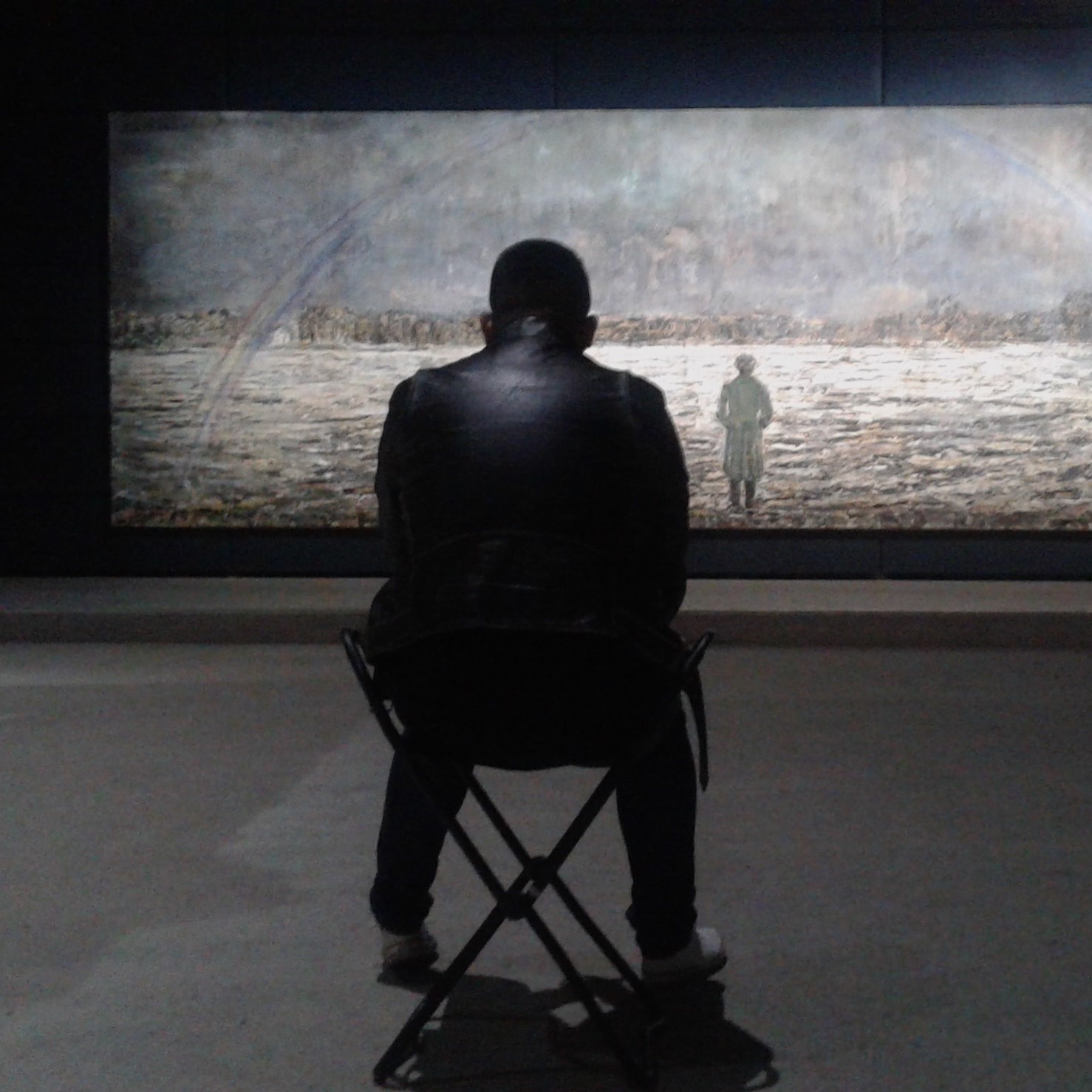 Throughout the workshop, young participants had a first-hand experience of how their expanded ability to listen attentively, to pause in front of the artworks, to thoroughly look at them and establish a deep connection, could evolve into a creative act in its own right.

The workshop was organised in the framework of “YEAD – Young European (Cultural) Audience Development”, a four-year project co-funded by the “Creative Europe” programme (2015-2019),  whose main goal was to involve young people as cultural actors and creators (with a particular focus on creating opportunities for mutual knowledge, exchange and enrichment between youths with different linguistic and cultural backgrounds) by developing creative partnerships between cultural institutions and film-makers.

The emotions and reflections of workshop participants are documented in the video “Our time through the Seven Heavenly Palaces”.

The two landscapes look similar to me, but getting closer I realise one is shallower, the other deeper. I think about the water pond on Gorée Island, in Senegal, where the slaves were held captive before being deported to America. Gorée is where the ships set sail for the new continent.

The prisons were not as narrow as the Heavenly Palaces, but I see the same darkness inside, the windows are small and it’s so hot one can barely breathe.

The man comes back from the war to discover everything was destroyed, there is nothing left at all. He is heartbroken. He cannot stay where his home once was… so he decides to leave, to take shelter somewhere else.

On his way, he finds another house and he stops. From a distance it looks more beautiful, more welcoming than his own, but when he gets closer he realises it is just a heap of rubble.

I didn’t realise they were books. To me, they appeared like slabs made of a strange material, left there, among the rubble. Then I looked harder and started to recognise them, a bit like opening the first page of a book which reveals itself little by little.

I couldn’t get it out my head, the idea of these books which are not waste material but the mainstay of knowledge. They are in a context of destruction, desperation, and yet they survive, unbroken, they support a building which looks like it could crumble at any moment.

When I close the book, the slab has become a pillar. All around there may be a world of rubble, but something has changed.

The best spot to look at it is right there, underneath it, so I can feel I’m part of it, as if I were lying down on the steps of that pyramid turned upside down, embodying the aspiration of mankind to reach the centre of the earth.

And yet I look up, not down, to see the stars twinkling in a grey sky. A sky that looks fake to me, as if it had been drawn on too big a cardboard and cut out by a clumsy higher being.

Then, all of the sudden, I am on the terrace of my grandparents’ house in the countryside. It’s evening, the air is getting cold although it’s still summer. The stars are always reigning, small and lonely, beautiful, they illuminate the dark blue sky like queens in the night. 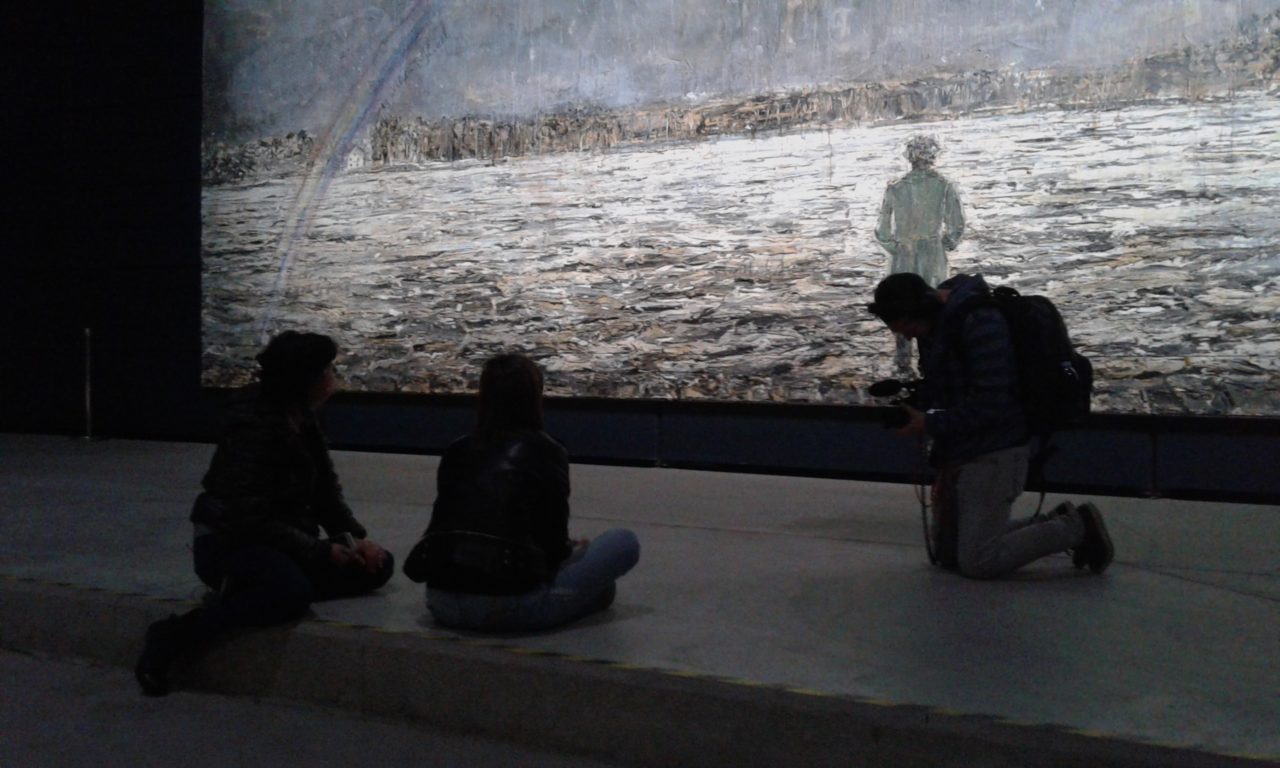 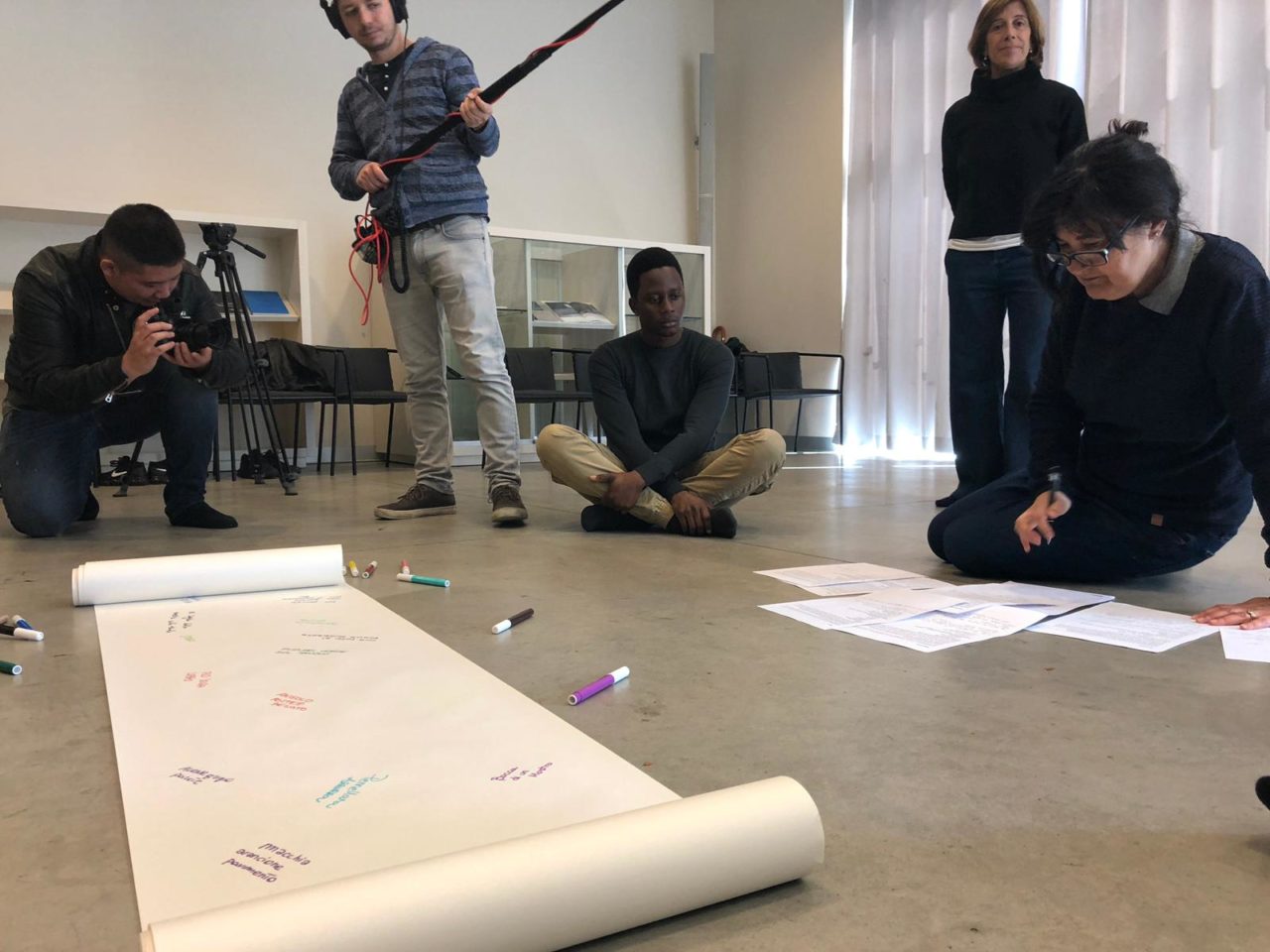 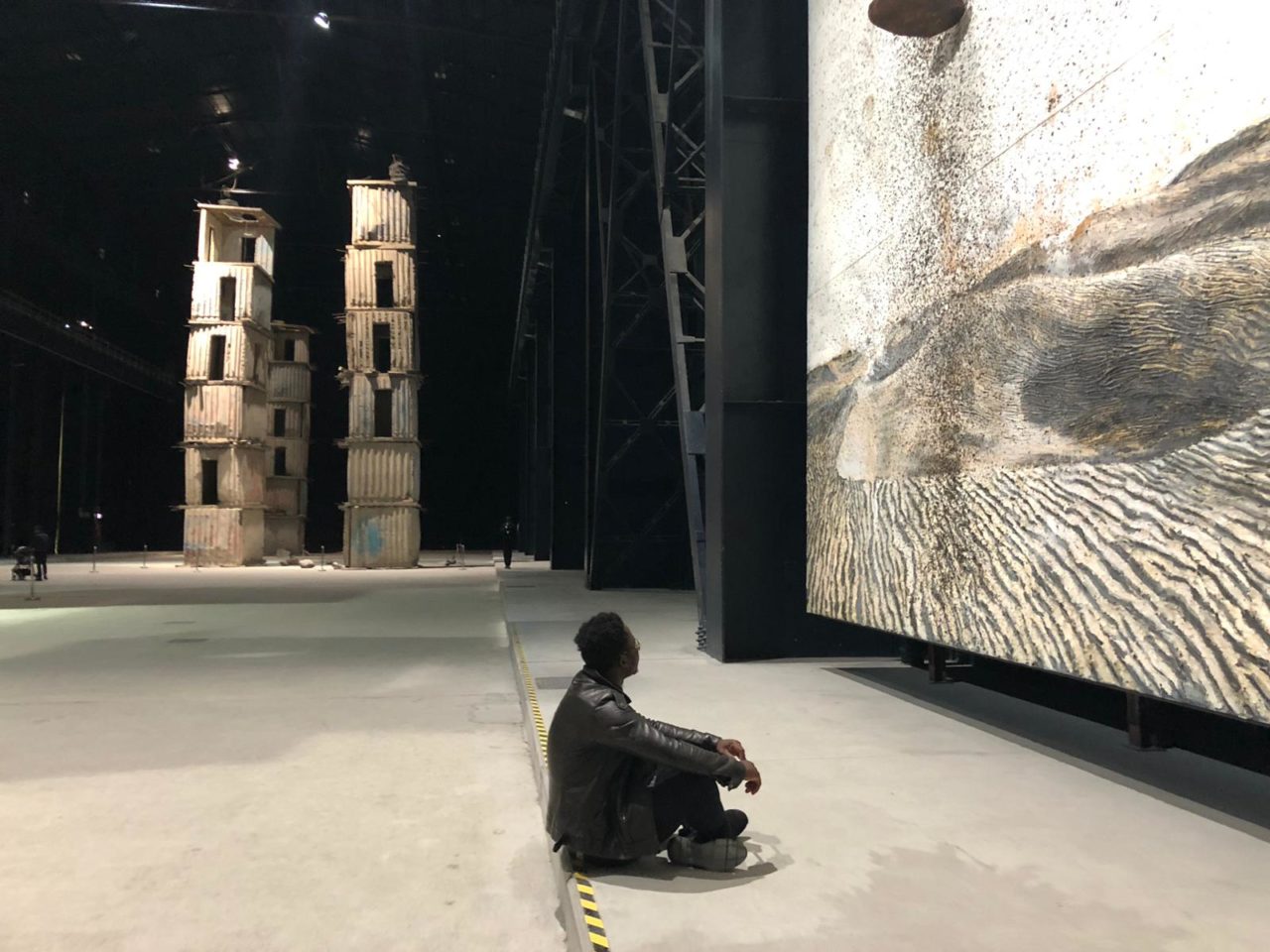 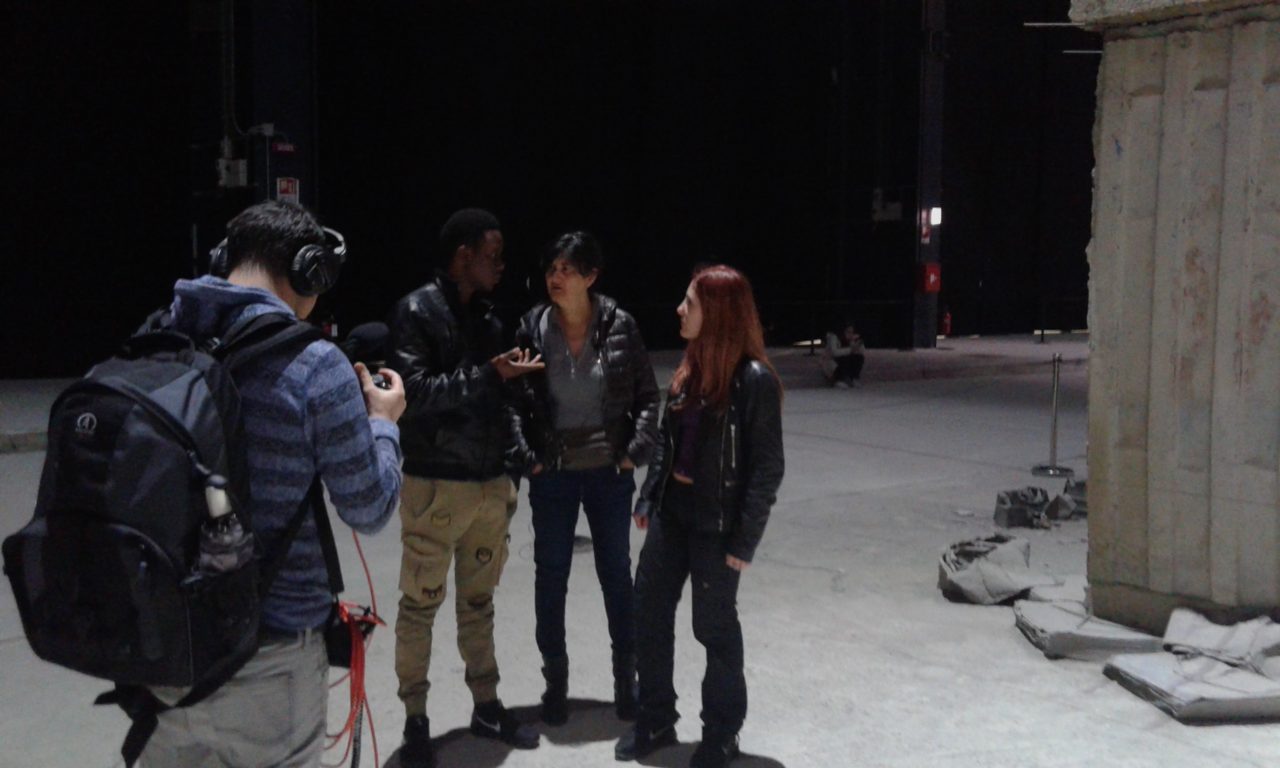