I never imagined I could find an order in what I was trying to express, overwhelmed as I was with thoughts and emotions pouring out of me, apparently disconnected from my own experience in the association. But as we sat on the steps of the altar and looked up at the sacristy’s ceiling, I felt like “a window had just opened”… I was moved and in awe…

Maria Francesca Pasinelli, President of the Alzheimer Association in Bergamo

During the peak of the Covid-19 pandemic last spring, volunteer associations operating in Bergamo and its territory played a crucial role in supporting local communities; at the same time, they were dramatically affected both in their ability to keep providing their services during lockdown, and by the tragic death toll in their own ranks. In this framework, the project’s aims were to celebrate the significance and legacy of these associations, encourage a symbolical passing of the torch, and promote an exchange between organisations sharing the same scope of action.
“I bequeath myself to the dirt” draws inspiration from a verse by Walt Whitman with a view to highlighting key features of volunteering such as self-giving and a sense of community/belonging. Through the language of storytelling, the heritage sites chosen for the project become spaces of encounter and exchange between volunteers, where individual stories are interwoven with the beauty of the land, as well as a vehicle to promote the local community’s wellbeing and active involvement. 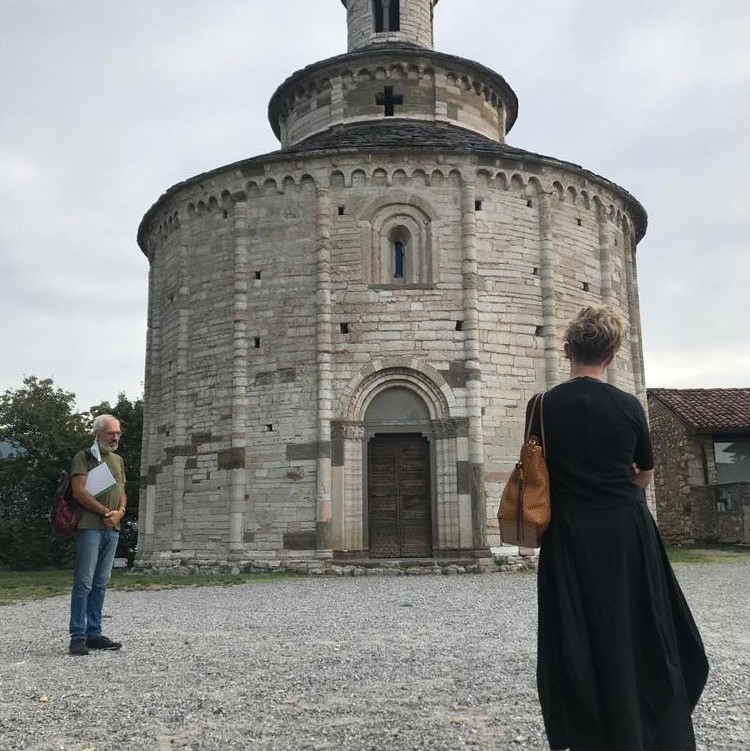 46 volunteers (coming from as many associations gathered in seven theme groups) weave individual experiences with a highly diverse range of heritage sites in Bergamo and its surrounding territory: the Church of the Resurrection in Torre de’ Roveri, with the impressive site-specific work of the French artist Arcabas (Culture and Rights Group); the romanic churches of San Tomè and San Giorgio in Almenno (Disability Group); Moroni Palace and Gardens in Bergamo (Environment Group); the Church of the Conversion and Benedictine Monastery in San Paolo d’Argon (Healthcare Group); the contemporary sculptures located in different areas of Bergamo city centre, including the Sculpture Park of Bergamo Provincial Administration (Interculture Group); the Suardi Chapel in Trescore Balneario, frescoed by Lorenzo Lotto (Poverty and Fragility Group); the baroque Basilica of San Martino and Museum of Sacred Art in Alzano Lombardo (Third Age Group).

Leaf through the book

Watch the video with the presentation of the final publication (4 May 2021, in Italian only)

The seamless interweaving of shapes creates a harmonious whole.
All of the sudden, I realise this is exactly the sense of wholeness I was craving when I first entered the church of Saint Tomè.
I have been running all of my life, I feel so weary. I sit down and picture myself untangling with my own hands those tree twigs, turning them into a loose ribbon.
A single line that takes the shape of a circle. A circle enveloping me.
And I feel at peace.

One foot is suspended in space. The other is barely leaning against the vault, and yet it looks like a cornerstone.
They convey me a sense of being able to go beyond, to travel to places where there is no ground beneath your feet, no feeling of security, no answer to whatever you are going to live through.
What kind of gift is an angel coming to earth expected to bring to human beings, other than the lightness they crave for?

Maria Francesca Pasinelli on an angel in plaster by the Sala workshop, second sacristy of the Basilica di San Martino, 1679-1690

I raise my eyes and I am captured by his gaze, the only angel leaning forward, as if looking for something or someone he cannot quite focus.
It is through him that I suddenly find myself in the dome’s Paradise: a universe made of a myriad gazes, countless small eyes – the ones I meet every time in the hospital ward.
I “specialised in gazes”: being able to read into that universe became my challenge, my commitment. And each one of those encounters is a new discovery.
Every universe has its own needs and ways of conveying them. But it is through the eyes that we’re allowed into the inner world of a child, an adolescent, even a baby; and they never lie.
“Look at me, I am looking for you” – their eyes tell me looking for mine, and I know that if I won’t be afraid of facing their pain and fear, they will let me in…

The table is a vital space, where nourishment and relationship intertwine; a place that should be stained without fear, and finds its meaning in being “consumed”, day after day. There is something sacred in this repetition, where we get a glimpse of the circle of life, of our dependence on food, and that journey from expectation to completion marking our lives.
Even the most convivial table must be abandoned in time; for us to leave it renewed in spirit, its tidiness should be literally questioned, disrupted, and processed.
At home, much like in the Solidarity Purchase Groups where I volunteer, food is a vital component, urging us to be aware of its origin, in order for it to arrive on our tables neither as the fruit of injustice, nor as its cause

Mariangela Fusco on the Polyptych of Emmaus by Arcabas, Church of the Resurrection, Torre de’ Roveri, 1994

Fourteen.
Fourteen times, it appears in this fresco.
Fourteen times, it is by Barbara’s side.
Fourteen times, one must search for it.
Because I challenge anyone entering the Suardi Chapel to notice it at first glance.
For one to find it, painstaking attention and time are required for the eyes to adjust to the fresco’s colours, lights and rhythm; just like every volunteer needs time to adjust to the colours and sounds of the street, in  order to notice those women on the fringes of society: “our girls”, the thousands of Barbaras we have been taking care of in the past twenty years. Night and day. In any season. With any weather. In any health condition. Always.
At times the little dog walks ahead of Saint Barbara; in other scenes it follows her, or stands at her feet. It is small, and yet it is there. Always.

As I silently approach her, Tebe does not seem to notice me. I behold her intimacy, so delicately enveloped in this oval: a shell, a secret space, a womb sheltering life – so precious, so fragile.
With a similar respect, both as a physician and as a woman, I approach the people who come to see me, asking to be embraced, listened to, taken care of. […]
Tebe’s feet fall outside the oval, in a posture evoking tranquility rather than tension. There seem to be no restraints for them: she could easily put them down, sit up and then slide outside, walk away.
This isn’t always possible for the people I meet. I can tell that from the way they step out of the room.

This lonely, twisted tree looks worn out, and yet it provides shelter. A cavity opens between its roots: it’s the hole of the badger living in this garden, right there, at the foot of a solitary tree. I look up and see the nest of the woodpecker dug into a branch. Its unmistakable call can be heard intermittently in the distance: yet another inhabitant of the Moroni gardens, finding a safe abode in their stillness.

The bare branches sharply stand out against the clear winter sky. In a few months’ time everything will be different: the bloom of life will be manifest in the cherry-tree leaves, its pink flowers and delicious fruits. But it is during the winter, when the tree is at rest, that nature’s resilience is even more apparent: a shining example for a volunteer in these difficult times.

Emmanuele Comi on a cherry-tree in the Moroni gardens, Bergamo 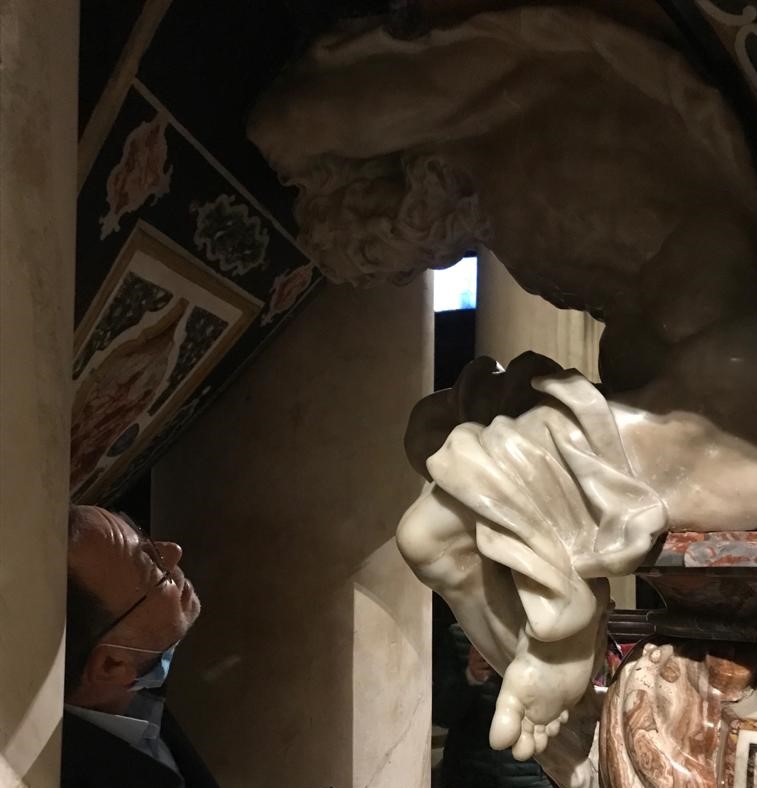 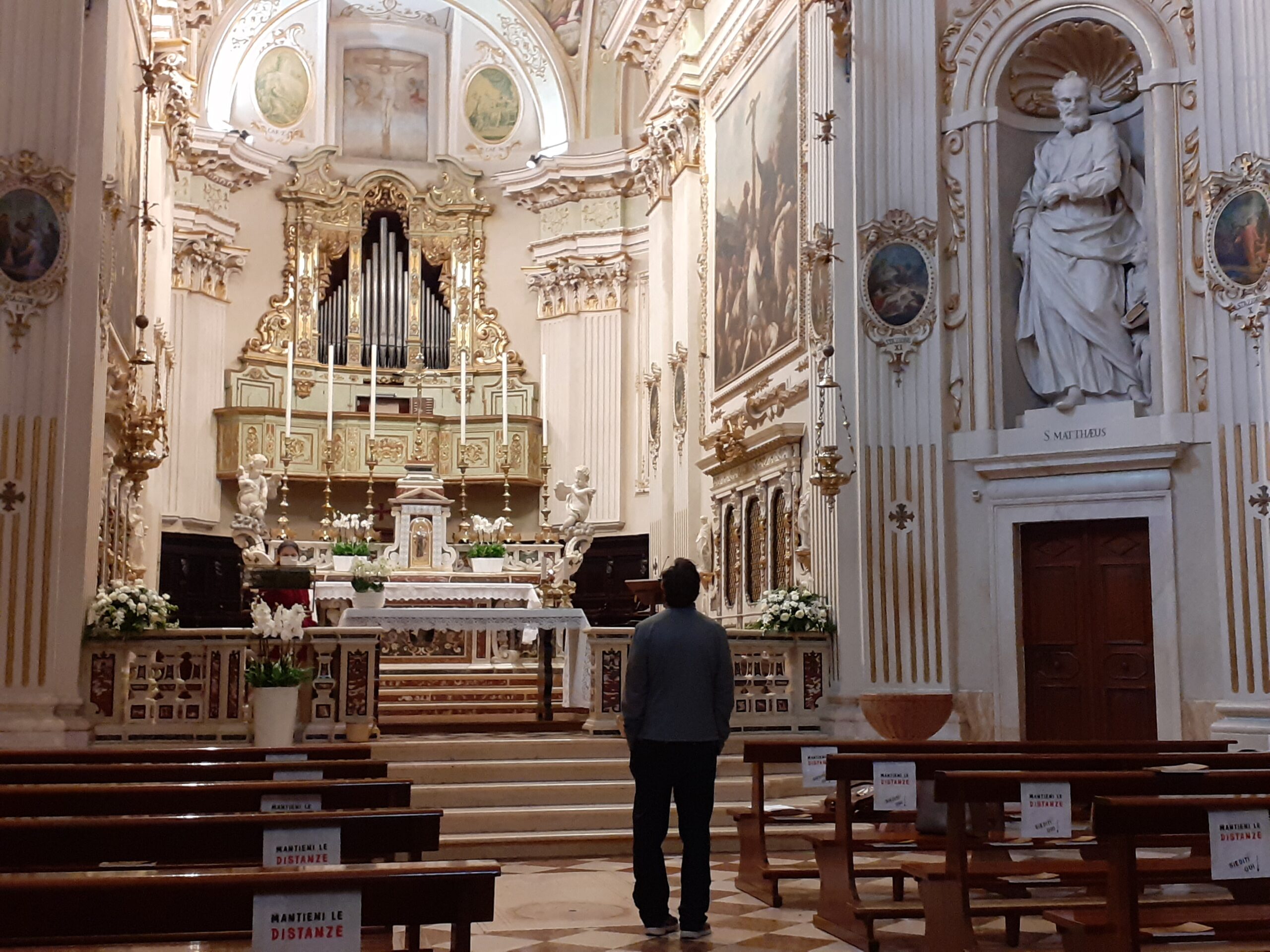 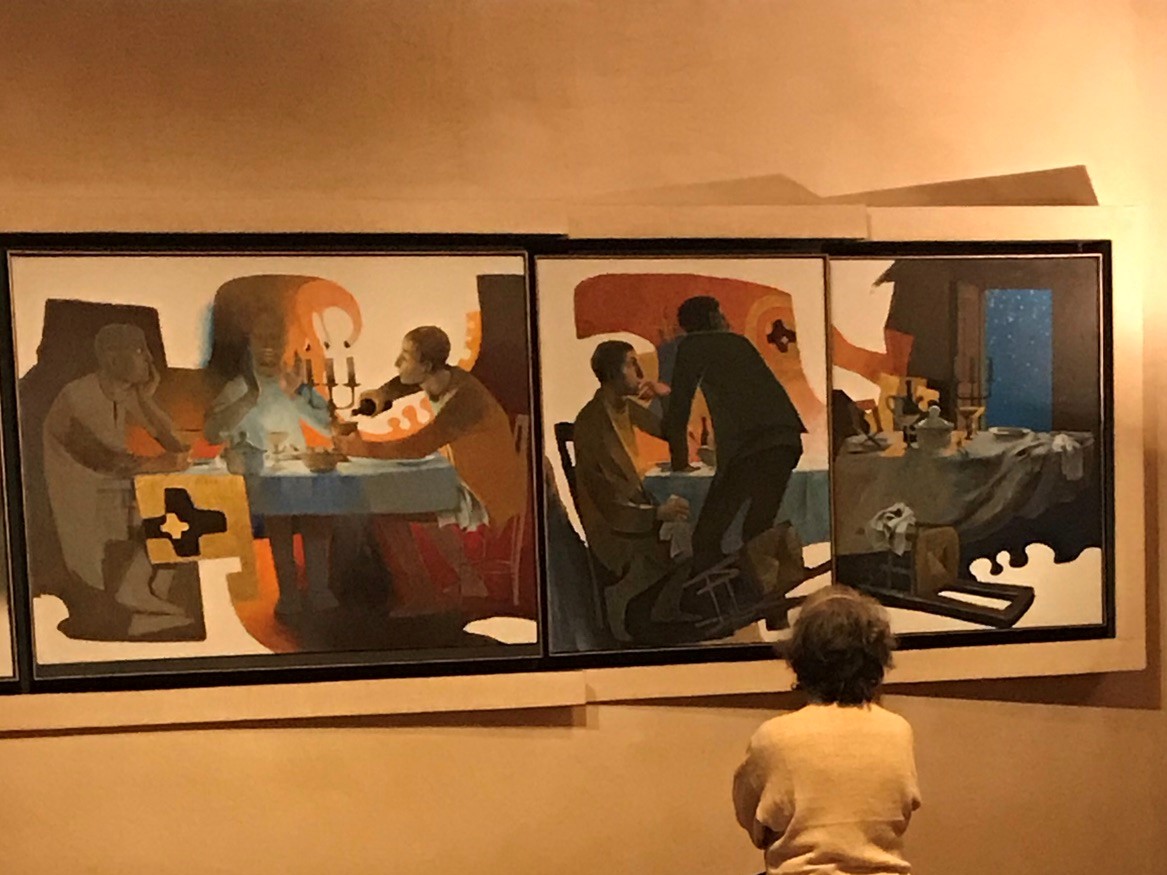 …storytelling at the time of Covid-19 (Suardi Chapel, Trescore Balneario) 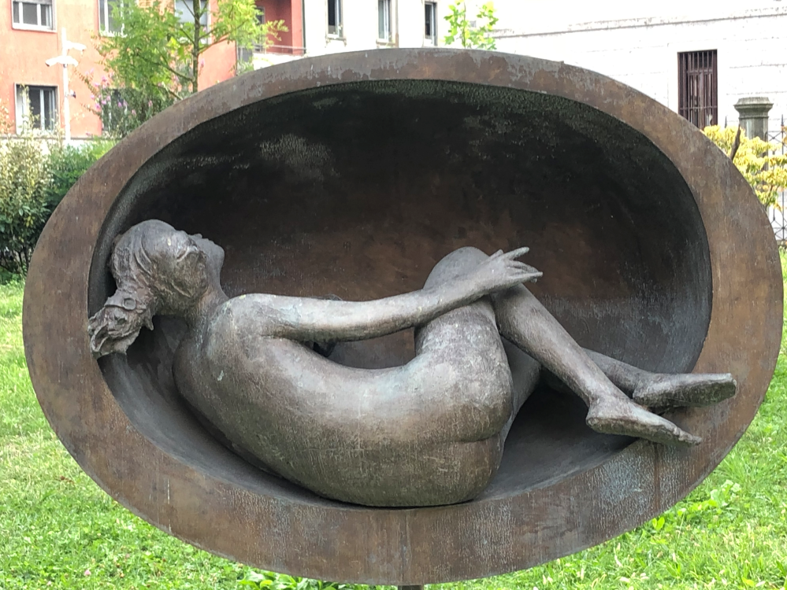 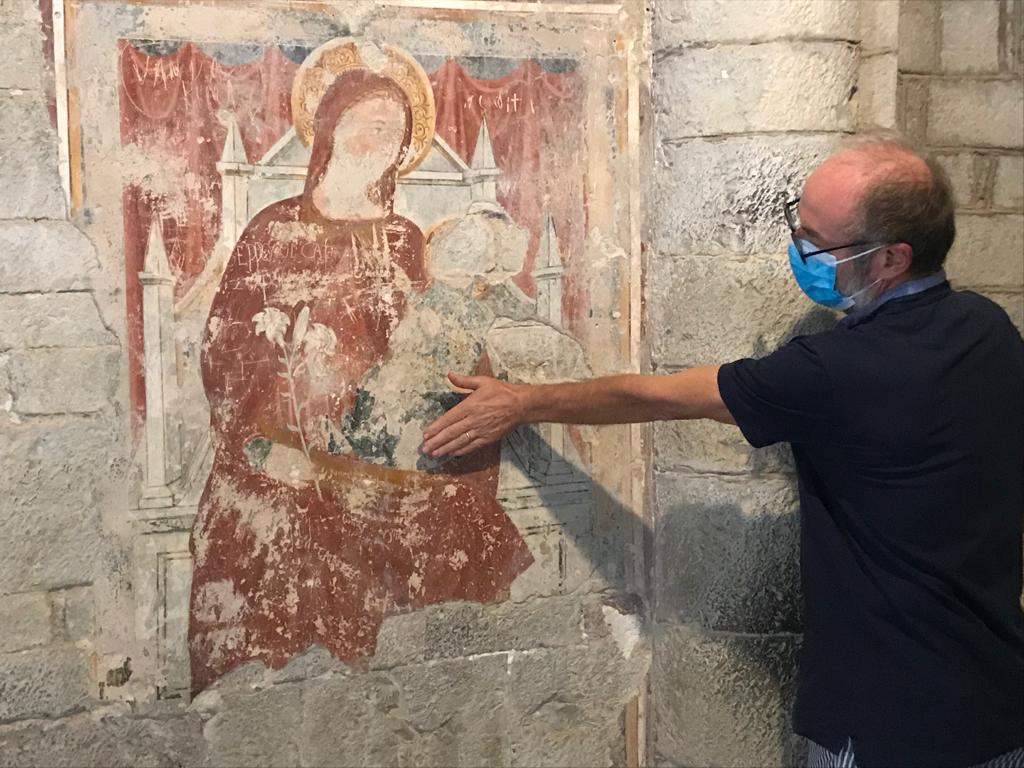 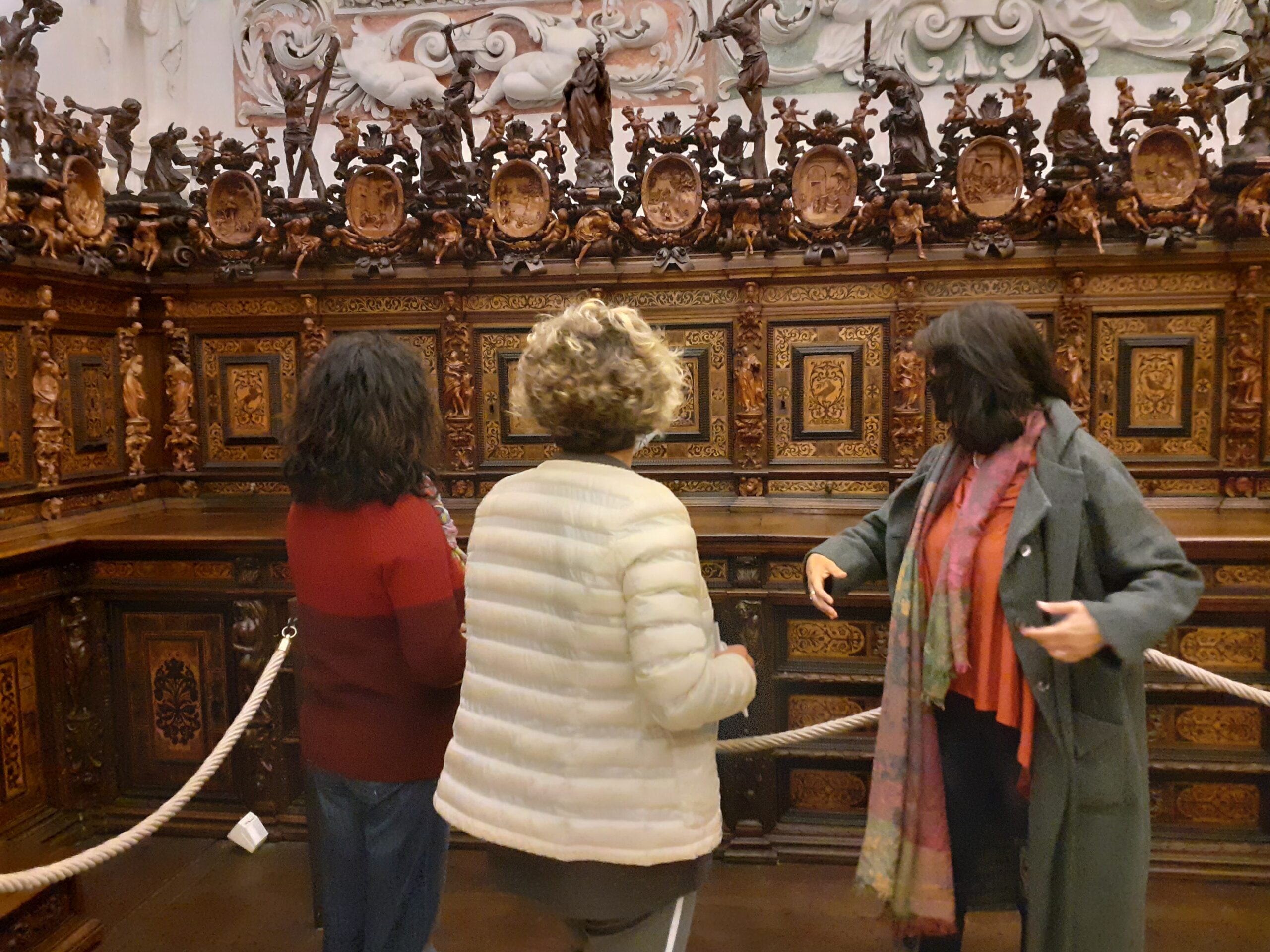 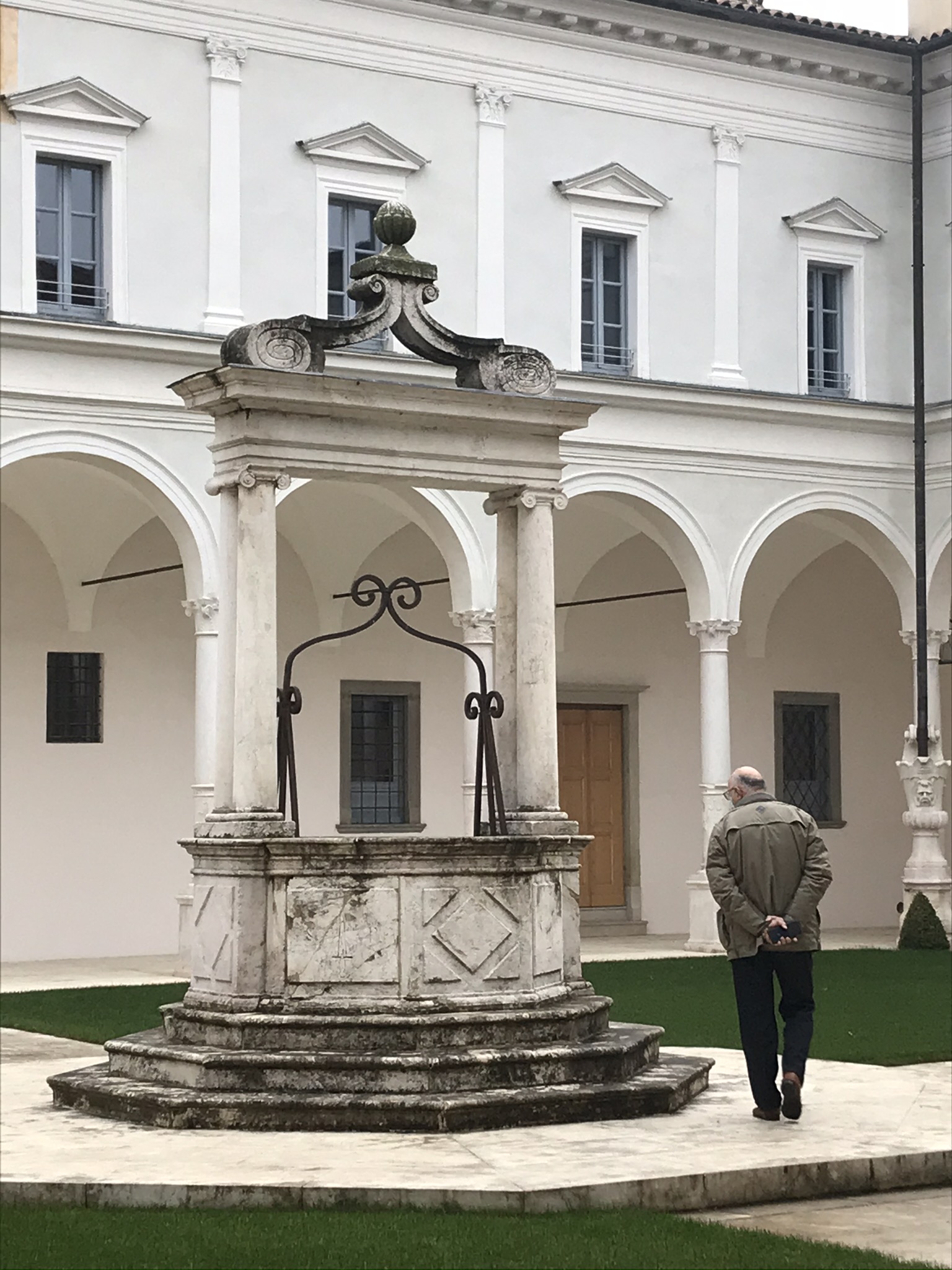 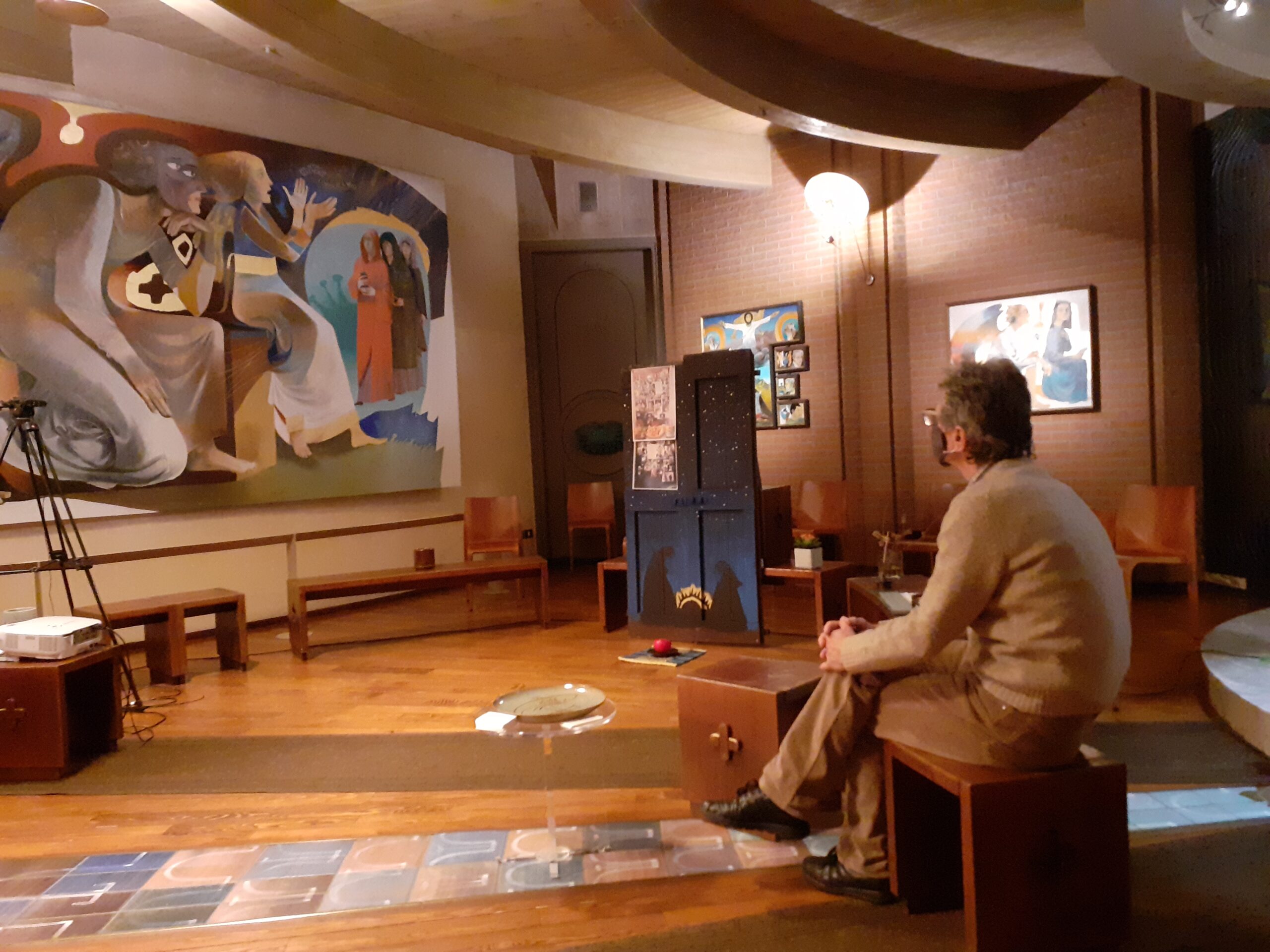 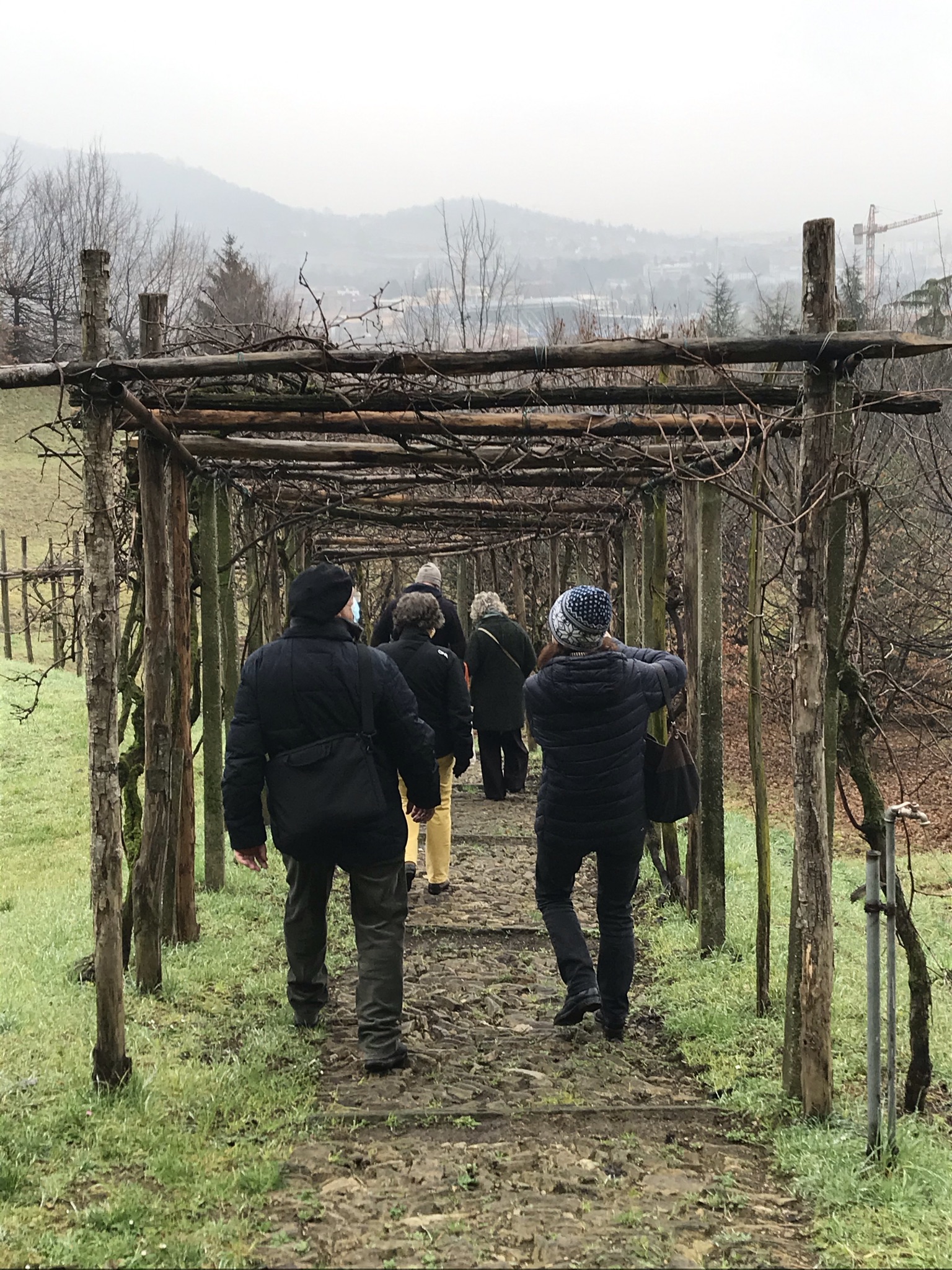 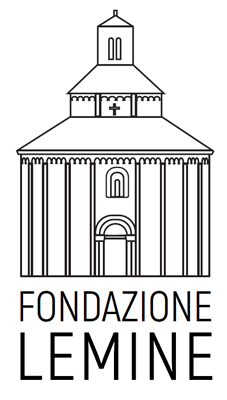 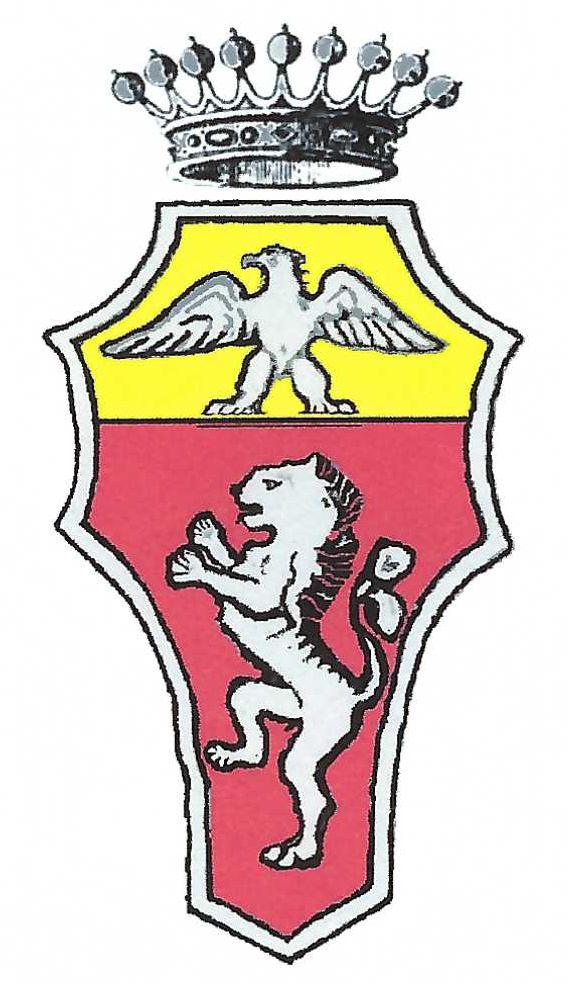